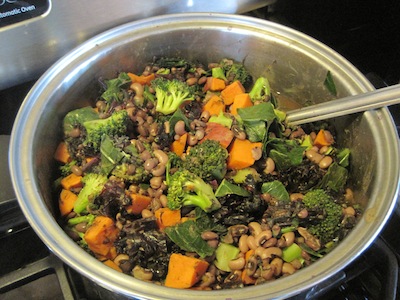 Warming and Cooling Our Bodies with Foods

I’ll never forget how amazed I was, when I first learned that our body temperature can be controlled with food. It was a hot summer day, and I was at a friend’s house (a friend who had been studying Macrobiotics for many years). He said that the day before at his house had been so hot, that he and his wife just stayed in the shade and ate only melon during the hottest part of the day. ‘What?’, I thought.  ‘Melons help you feel cool?’…Yes! Every kind of melon is hydrating to the body and has a very cooling thermal effect. In fact, most of the foods which grow at the hottest times of year, tend to cool our bodies down.